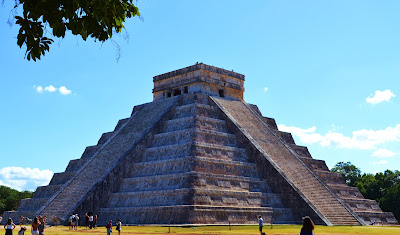 Temple of Kukulkan
Since the "2012 Phenomenon" suggests the
Maya Calendar is saying December 21 is going
to be the end of the world as we know it, I figured
I better high-tail it over there before it was too late. 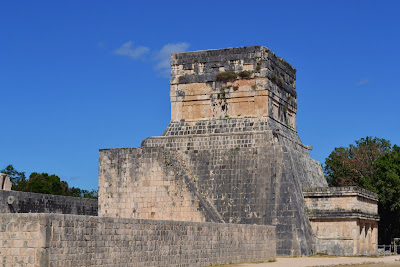 Great Ball Court
You must drive for a few hours from Cancun
through miles upon miles of vegetation, not
farming, just wilderness, to reach Chichen Itza. 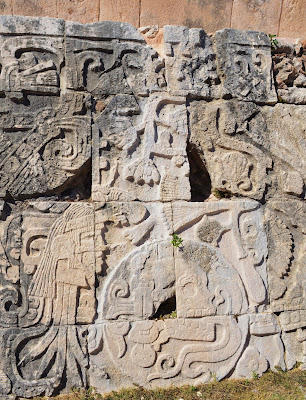 The glyphs in the Ball Court are very
well preserved and interesting. 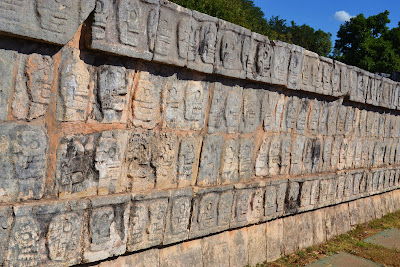 The Skull Platform
This is where the heads of the sacrificial
victims were placed.  So after your team won
over at the Ball Court, you would end up here.
Yup, only the best were sacrificed.  That would
alter my competitive spirit... 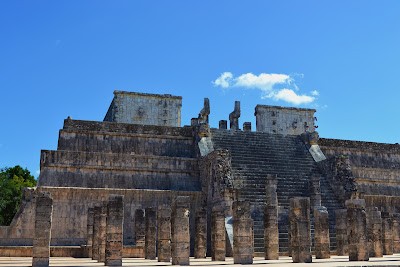 Temple of the Warrior
Chicken Itza has 1.2 million visitors per year. 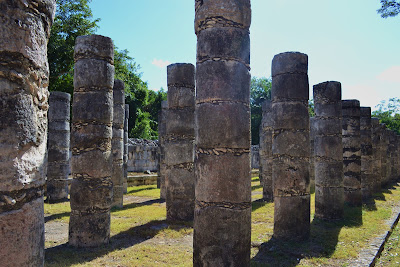 Group of a Thousand Columns
In 2007, El Castillo (Temple of Kukulkan)
was named as one of the New 7 Wonders
of the World. 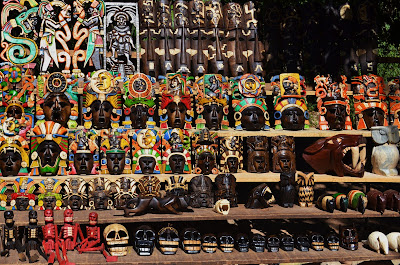 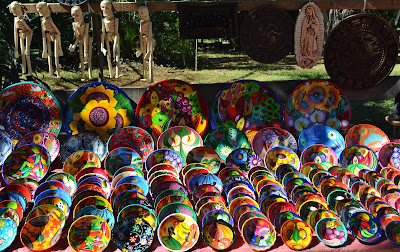 ...then there is shopping.

Posted by American Homestead at 8:46 AM