Where in the World is Elena Maria? 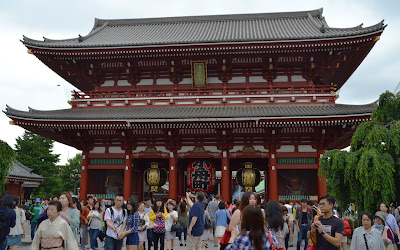 For those of you that follow my blog, you may be
asking, "Is she still in Prague?" since that is the only
place I have posted from so far.  The answer is ~ far
from it ~ literally,  We are on the other side of the
world in Japan right now.  I have not been blogging
much because I have been having a wonderful time
on my trip.  I learned a big lesson on my last round
the world journey, it all goes by so fast and you should
enjoy every minute.  So that means I have not posted
everyday as we have been traveling.  On the last trip
I often missed dinner or another fun thing to do so
I could edit photos and write the blog so I could get
up to the minute reports out.  I learned that was foolish,
there will be plenty of time to blog once I'm back home.
I'm imagining sitting in the gazebo with an iced coffee
and a cute doggie at my feet.  So stay tuned, more photos
and info of the sights, the food and the adventures are
to come.  Including bumping into a friend in Turkey,
riding elephants up to the Amber Fort in Jaipur, India
and getting assaulted on the street in New Zealand.
But now it's time for a nap...

Posted by American Homestead at 3:43 AM 2 comments: 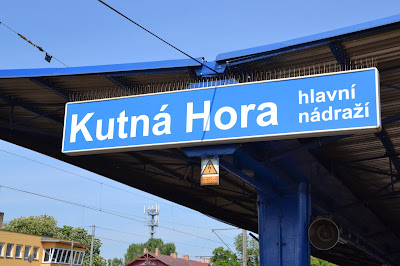 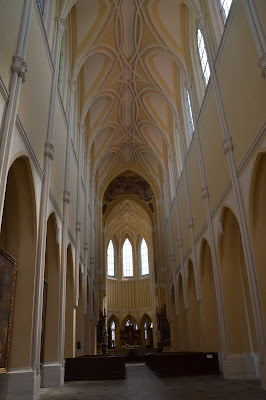 There is a Visitors Center at the station that
can give you maps and advise you as to what
you can see in the time you have.  We took a
short walk to the Cathedral of Assumption of
Our Lady and Saint John the Baptist at Sedlec,
This is a Unesco World Heritage Site and has a
very interesting history. 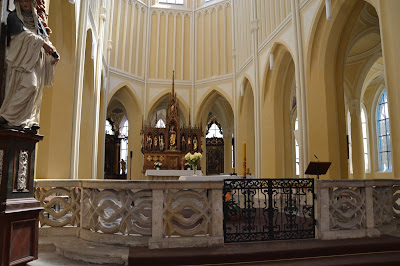 The city was prosperous due to silver mines and the
area reflects the wealth of times gone by.  The town
was the cultural center of Bohemia and became a royal
city.  The cathedral was built in the late 13th century
and was burned in the 15th century, it was a ruin for
over 300 years.  When the church was restored it was
done in the style called Baroque Gothic. 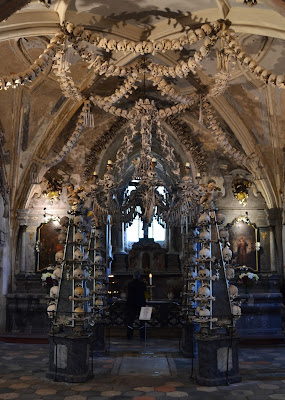 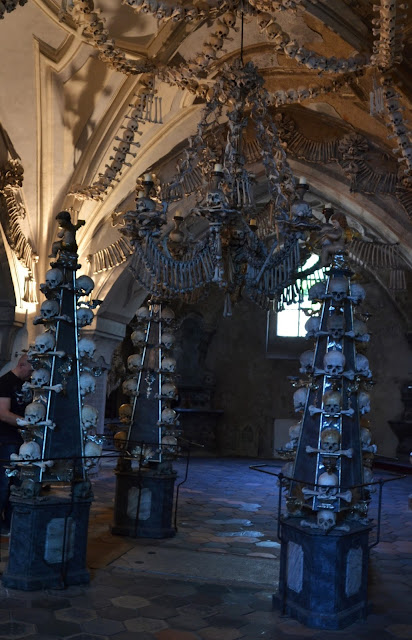 The bones are artistically arranged into swags
and a chandelier.  I confess I found it to be a
bit creepy and hightailed it out of there pretty
quickly. 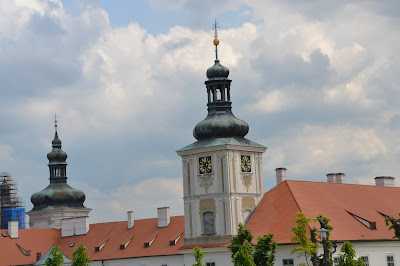 We then took a short bus ride to the town center
of Kutna Hora.  While we were on the bus we
stood up to get off at one point and an older gentleman
in the back of the bus motioned for us to sit down, it
wasn't time to get off.  When it was the correct stop,
he motioned for us to get up.  He also told us through
hand signals where to walk and to not turn at the
crossroads but to continue walking.  We shook hands
and thanked him and thought we were following his
directions but we turned at the wrong street and a lady
who was also on the bus yelled to us to keep going
straight.  Now, of course, neither of these people spoke
English but they were happy to assist us through hand
movements.  We find this all over the world, so many
lovely people who help us find our way in remote cities
and villages.  This is often our best memory of a place.
The churches and museums can all blend into one but
we always remember the people we meet. 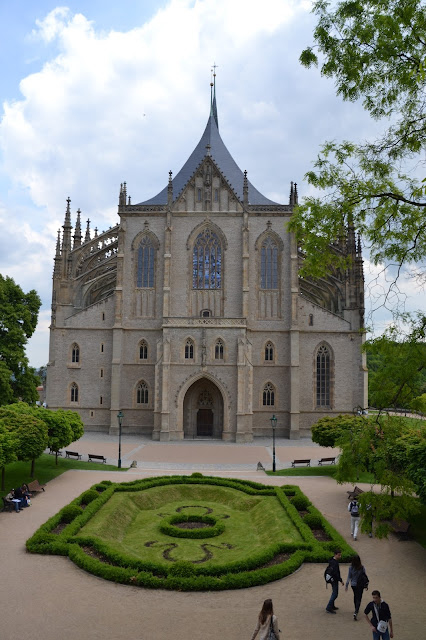 We did find the beautiful Cathedral of Saint
Barbara.  This is one of the most famous gothic
churches in central Europe.  Saint Barbara is the
patron saint of miners which is appropriate since
this is a former silver mining town. 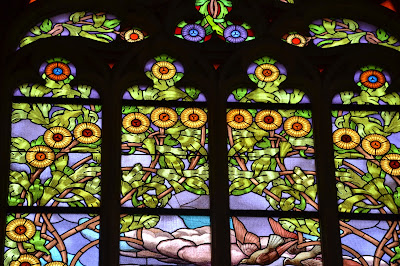 The glass windows in the cathedral are stunning.
The color and design are so vibrant. 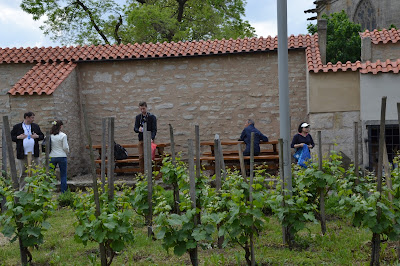 Within the town you can enjoy a wine garden
right along side the vines.  The views of the
valley are lovely. 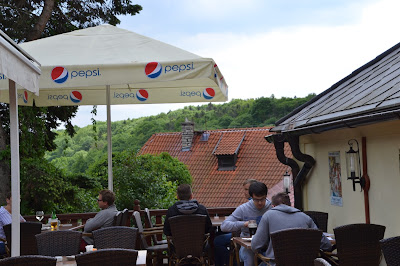 We found a restaurant with a garden terrace
and enjoyed a lovely lunch.  The Czech Republic
is known for their beer and I have been told it is
very delicious if that is something you might like.
Personally, you couldn't pay me to drink beer, I
have never liked the taste. 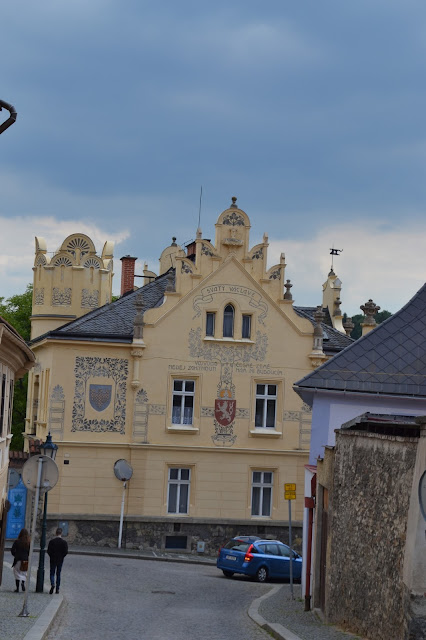 Be sure to stroll through the town and look at
the pretty buildings.  Then it was time to get to
the train station to head back to Prague.

Posted by American Homestead at 6:34 AM 3 comments: