And Away We Go!

﻿Last night we caught a night
flight out of JFK to begin our
journey in Iceland. 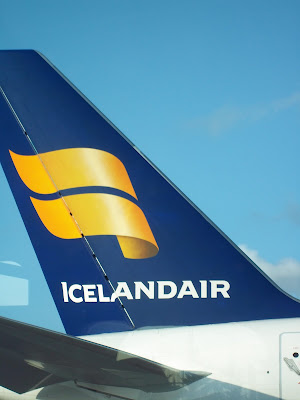 On the approach into Iceland
from the air, the landscape looked
very brown and barren with small
two lanes roads that twisted
along like slithering snakes. 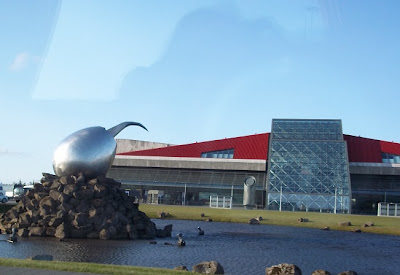 The design and decor in the
airport was very Scandinavian
and as we approached the doorway
and felt the cold wind we remembered
why they call it Iceland.  Once outside
we could see all the volcanic rock that
made the landscape appear so brown.
On closer inspection you could see
interesting lichens and mosses that
added some color.  Even the evergreens
look more brown than green, I don't
know if this is due to the rocks they
are growing near or due to the
thermal springs running beneath them. 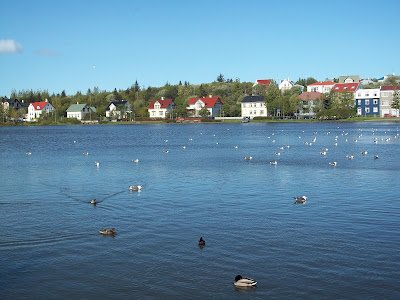 On the airport bus into
Reykjavik I thought we were
entering a little village and then
discovered this is Reykjavik.
I didn't see any tall buildings, it
is all very small, a surprise since
this is the capital of the country. 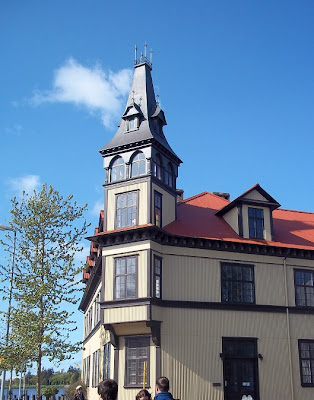 There are many pretty old houses. 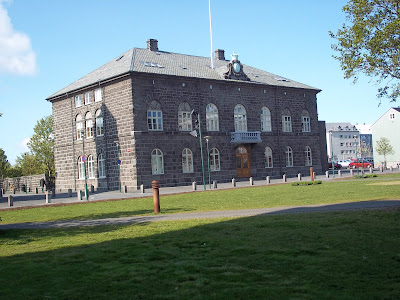 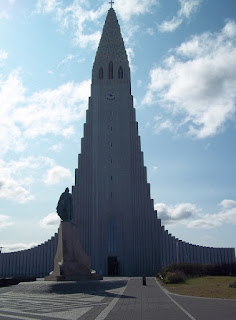 This is a church Kate had been
excited to see so she had us
hiking up the steep streets to
find it.  Honestly it became a
sanctuary for us, we were so cold
and we reached that moment
where we had "hit the wall" as
far as lack of sleep was concerned
and three of us ended up dozing
in the pews. 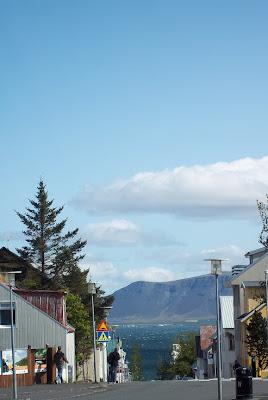 I love that an ordinary
residential street can offer
such spectacular views of
the harbour and the snow
capped mountains in the distance.
Do you think the residents
take this beauty for granted?
Posted by American Homestead at 5:34 PM